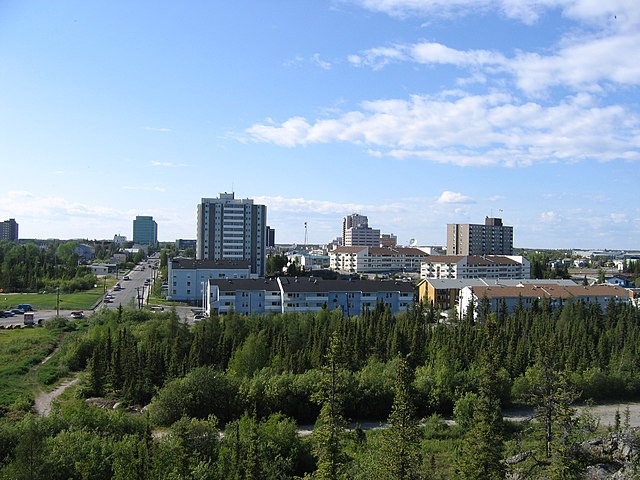 Located in northern Canada, the territory borders Canada's two other territories, Yukon to the west and Nunavut to the east, and four provinces: British Columbia to the southwest, and Alberta and Saskatchewan to the south and Manitoba to the extreme southeast. It has a land area of 1,183,085 km2 (456,792 sq mi). Geographical features include Great Bear Lake, the largest lake entirely within Canada, and Great Slave Lake, the deepest body of water in North America at 614 m (2,014 ft), as well as the Mackenzie River and the canyons of the Nahanni National Park Reserve, a national park and UNESCO World Heritage Site. Territorial islands in the Canadian Arctic Archipelago include Banks Island, Borden Island, Prince Patrick Island, and parts of Victoria Island and Melville Island. Its highest point is Mount Nirvana near the border with Yukon at an elevation of 2,773 m (9,098 ft).