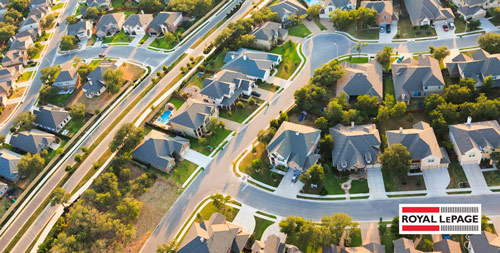 TORONTO, August 31, 2021 – Canadians are concerned about rising home prices and are looking to election candidates for a solution, according to a recent Royal LePage survey[1] of more than 1,500 Canadians from coast to coast. While young people (aged 18-34) are making housing affordability an election priority, the survey found that Canadians of all ages, incomes, homeownership status, and household composition – regardless of region – are similarly concerned that rising home prices will lead to an increasing number of people in the country never becoming homeowners (84%). Among Canadians aged 18 to 34, this figure rises to 88 per cent.

When asked if a candidate’s position on tackling the current housing crisis will influence their vote in the September 20th federal election, 40 per cent of respondents nationwide answered yes (18% answered ‘I don’t know’, 41% answered ‘No’). This figure increases to 57 per cent among Canadians aged 18 to 34, the highest of all age groups.

“Access to housing is a fundamental human right, for without adequate shelter, a family lacks the foundation upon which they can live and work safely and with dignity,” said Phil Soper, president and CEO, Royal LePage. “In this election, Canadians are demanding ideas, answers and a commitment to address the nation’s housing supply and affordability crisis. The growing housing deficiency in this country is one of the great threats to our prosperity as a people.”

All three major federal parties have released their housing strategies, each aimed at addressing nationwide supply shortages in an effort to slow rising home prices. A recent Scotiabank report[2] found that Canada has the lowest number of housing units per capita of any G7 country. To match the average of other G7 nations, Canada would need to build 1.8 million homes, according to the report.

“The 2021 federal election has seen housing policy become a headline priority and key leadership promise in all major party platforms. Royal LePage is encouraged to see that addressing housing shortages is a top priority, a sign that concerned Canadians are being heard,” said Soper. “While tax and grant programs can benefit new buyers in small ways, only by addressing the supply shortage will we get at the root cause of this crisis. Housing affordability impacts everyone, and it’s clear that Canadians are ready to make their voices heard.”

Other statistics and Resources:

Royal LePage’s media room contains royalty-free assets, such as images and b-roll, that are free for media use.

Serving Canadians since 1913, Royal LePage is the country’s leading provider of services to real estate brokerages, with a network of over 18,000 real estate professionals in over 600 locations nationwide. Royal LePage is the only Canadian real estate company to have its own charitable foundation, the Royal LePage Shelter Foundation, dedicated to supporting women’s and children’s shelters and educational programs aimed at ending domestic violence. Royal LePage is a Bridgemarq Real Estate Services Inc. company, a TSX-listed corporation trading under the symbol TSX:BRE. For more information, please visit www.royallepage.ca.

About the Leger Survey